Alan, Destroyer of Worlds is the fifth newest [Newest four being Pyro shark, Natasha the Narwhal, Moby Dick, and Leo (Liopleurodon)], sixth strongest, sixth fastest, sixth most powerful, and third most expensive playable creature in Hungry Shark Evolution, being introduced in Update 3.7.0. Moby Dick dwarves Alan in all of these stats. It is based on the highly-requested Frilled Shark. Alan, Destroyer of Worlds is smaller than Mr. Snappy (Mosasaurus) by 2 meters. He has a spiny tail, and he, if very manoeuvrable, can dodge enemies.

Alan, Destroyer of Worlds can be bought with Coins after the player unlocks and grows Mr. Snappy (Mosasaurus) to full size. He is very fast and levels up fast, but the next shark (or whale you could call it) Moby Dick is very expensive.

skins are items, that when equipped change your sharks appearance. Alan's skins are:

Alan, Destroyer of Worlds' missions are the second hardest in the game and probably the only reason to do them is to unlock the super mission, because 7,000 coins is a very small amount of cash at this time, but from completing the super mission you gain 80,000 coins. 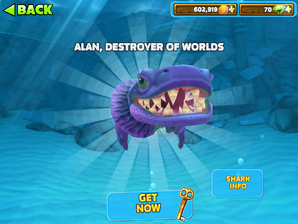 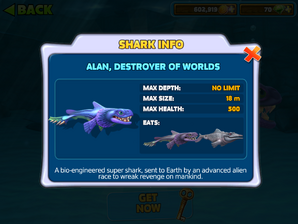 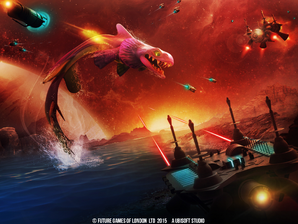 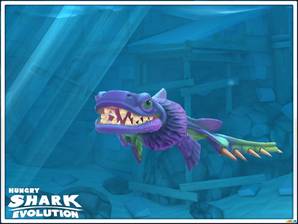 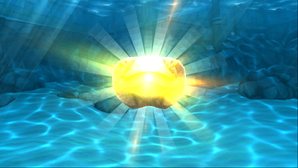 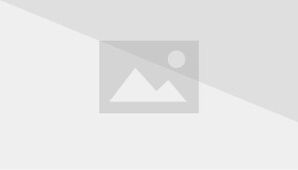 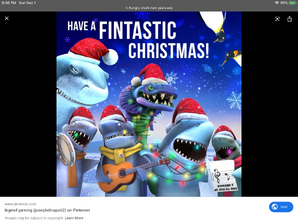 Alan is a Xmas tree.
Add a photo to this gallery

Retrieved from "https://hungry-shark.fandom.com/wiki/Alan,_Destroyer_of_Worlds?oldid=71047"
Community content is available under CC-BY-SA unless otherwise noted.