It's found at the end of a tunnel found at the bottom of the big daddy spawn. It is also guarded by a few Mines and Jellyfish.

The clockwork gibbon is the upper treasure, found at the right of the map 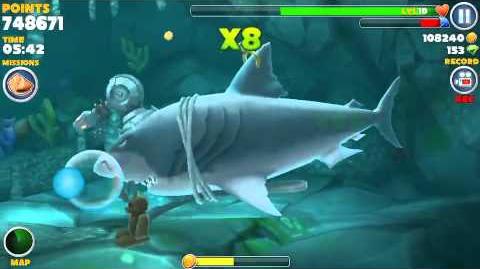 Hungry shark evolution, all 15 sunken (hidden) object locations found in one swim using Megalodon-1419172919
Add a photo to this gallery
Retrieved from "https://hungry-shark.fandom.com/wiki/Clockwork_Robot_Gibbon?oldid=61107"
Community content is available under CC-BY-SA unless otherwise noted.