The Coming Soon Shark was a box that contains a new shark special shark in Hungry Shark Evolution. It is no longer available because it got replaced with the Pyro Shark in the later update.

It costed only 1 coin or gem which is because it is useless.

It appears as a wooden box labeled "Coming Soon" with an eye as an "o" letter.

It does not have any powers, it is just a box. When it is played, the player can only move it's head left or right facing down. And when it sinks down to the bottom, it will stay without doing anything. They were used for April Fools Day by FGOL and later the Coming Soon Shark got replaced with the new Pyro Shark. 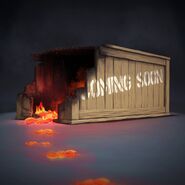 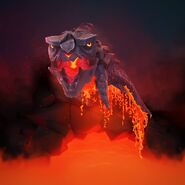 Revealed Pyro Shark
Add a photo to this gallery
Retrieved from "https://hungry-shark.fandom.com/wiki/Coming_Soon_Shark?oldid=64730"
Community content is available under CC-BY-SA unless otherwise noted.