Start a Wiki
If you touched these during the Halloween 2014 event every single human becomes evil for five minutes. Death Balls were spiked, explosive, skull-marked balls that were temporarily available in the Halloween update for Hungry Shark Evolution. Death Balls replaced Beach Balls from the prior version of the game. The Death Ball, found once per game, was used by manipulating it to make creatures make contact with it. If a creature made contact with the Death Ball, the ball would explode and kill it. When your shark is near the Death Balls the screen will zoom out. Twenty-five kills with the Death Ball, kills indicated by a counter, would yield a reward. 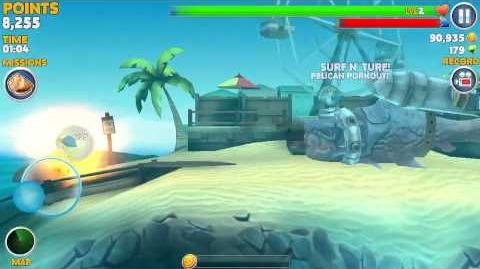